My body is a commodity depreciating in value,

A vault of visible memory, 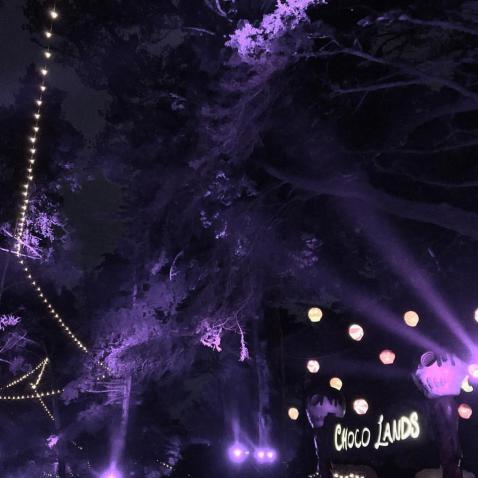 A note that hangs,

Love is neither convenient nor kind, only constant.

As constant as the sea, which ravages the shore.

For those of you who don’t know, I’ve worked as an archivist and museum technician with the National Park Service (NPS) under various titles over the last ten years. This year marks the centennial of the NPS as well as my decade of service, and a fancy-schmancy marketing agency was hired ages ago to brand this milestone with the theme of “Find Your Park,” encouraging people to go forth and find a place that appeals to them–a historic presidential home, like Teddy Roosevelt’s Sagamore Hill; an urban park, like the Golden Gate National Recreation Area (plug!); or a monumental nature preserve, like Yosemite. I’m very proud to work for a federal agency with great approval ratings, and I show my support by adding #findyourpark (or #fyp) to all social media content I upload from work. Because, you know, love isn’t real until you put it on the internet.

And people love national parks–including The Tree Ring mastermind Joel P. West. A few years ago, I waxed poetic about The Whitmanic Joel P. West, and, fast-forward three years later, he is still one of my very-favorite artists to watch due to his diverse yet consistent production. The man has dropped an additional The Tree Ring album since that post went live, but he’s also scored a handful of films–four in 2015 alone. I called West “Whitmanic” in 2013 because he seemed equally as inspired by nature’s reverential beauty as the poet Walt Whitman, and now he has proven me right by revealing himself to be an active Finder-Your-Parker.

“Tunnel View” is from The Tree Ring’s 2014 album Ten Rivers, and its video (featured below) was created to commemorate the NPS centennial. Accompanying this video on the band’s website is text as follows: “The parks belong to all of us and the landscapes treat everyone the same. We can all have our own experiences and memories in the parks, and they are preserved so that we can revisit and share them. You can’t buy a sunny day or a wildlife sighting, and commercial ventures are kept outside of the gates. Yosemite Valley is a place of wonder, calm, and clarity, and we’re so thankful for the people who have fought to ensure that everyone can enjoy it.”

As a public servant donning the NPS hat daily, I couldn’t have said it better. So, without further ado, may I present the inaugural 2016 Nostos Algos post: one that combines my passion and my profession; enjoy.

“I adore you as much as the vault of night, / O vessel of sorrow, O deeply silent one, / And I love you even more, my lovely, because you flee me / And because you seem, ornament of my nights, / More ironically, to multiply the miles / That separate my arms from blue immensities.” — Charles Baudelaire

Somewhere in this City sits a Woman with a Man,

Thinking thoughts about the World,

Only a single Woman can.

For those of you who don’t know, I’m a Board Member for and the Registrar and Collections Manager at the Western Neighborhoods Project (WNP)–a non-profit organization that preserves and interprets the history of San Francisco’s outside lands. Think the Richmond and Sunset Districts, Saint Francis Wood, Ocean Beach, etc.. And, in case your were wondering: yes, the term “Outside Lands” embodies more than just a music festival, and we were using the name first. But I digress…

We at the WNP have been fortunate to receive a very large collection of historic images from a private collector that depict the western neighborhoods and other areas of the City as it was seen by photographers who made a living on their views as well as your average Joes who liked to fiddle with their cameras in their free time. Some of the images have been seen before, but many more are rare glimpses of the landscape stolen from the lenses of San Franciscans just like you and me…if we had lived in the Dawn Before Internet.

We’ve been working hard to process, catalog, digitize, and interpret these images, and we’re proud to see the first fruits of our labor go live on the internets. Much to our delight, other people are just as excited about this endeavor as we are!  Our two Directors–David Gallagher and Woody LaBounty–and I were interviewed by Sarah B of the Richmond SF Blog, The Bold Italic sent Sierra Hartman to our offices for a chat and photo perusal, and Mollie McWilliams at SF Weekly gave us a little shoutout too.

We are so proud to bring these photographs to you all, and we look forward to bringing you much much more in the future. So please stay tuned, continue to check our website for updates and events, and keep in touch–we’re always happy to accomodate guests, volunteers, and generous benefactors (emphasis on generous benefactors!) at our Geary office.

So love-starved that a look is all it takes for lust to leap up from its lair and be a presence once again–the dust falling in sheets from its dormancy.

A glance falling from that face, with eyes inspecting downward: eyelashes to lips, clavicle to shoulder tip, and down into desire.

One touch, that taste, these memories to keep through our hibernation–through the times when the No One and the Nothing are near, not even the outline of a thought. 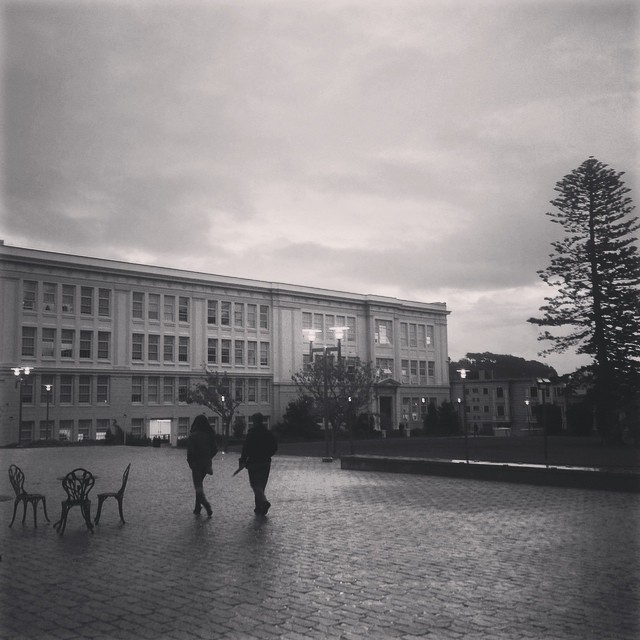 With every failed relationship a finding; a step closer to the cusp; a nudge towards a stronger footing.

The thing about gambling is that it’s an optimistic occupation staffed by bottomless characters–an endless supply of soldiers with unlimited reserves.